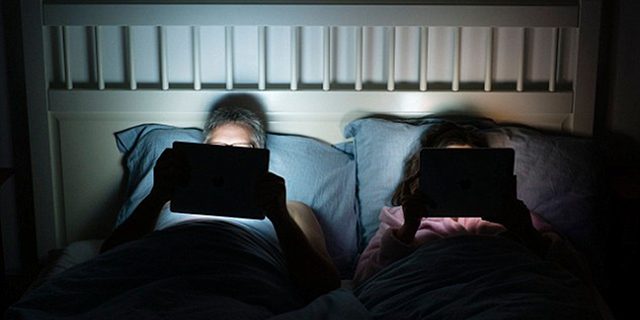 Before trying to get some shut-eye, you need to shut off – from technology, that is. A clinical psychologist at the Sydney Sleep Center, Dr. Rosemary Clancy explains why. She says that the blue light emitted from screens disrupts the melatonin production in a person’s body, which essentially keeps you from falling asleep.

One way Dr. Clancy suggests you can rectify the situation a little is by switching to “night mode” in phones that come with it, or to download a blue light filter app.

She elaborates further: “If you’re watching YouTube, there’s always another YouTube video which comes up on the right hand side, so there’s a never-ending scroll of them.”

She says that we are overstimulating our brains at a time when it should be slowing down and getting ready for rest. She suggests reading a book instead of scrolling through your smartphone. “You’re constantly firing up your attention and reorienting a new stimulus, whereas if you’re reading a sustained narrative in a book, your attention starts to lull instead of continually perking up.”